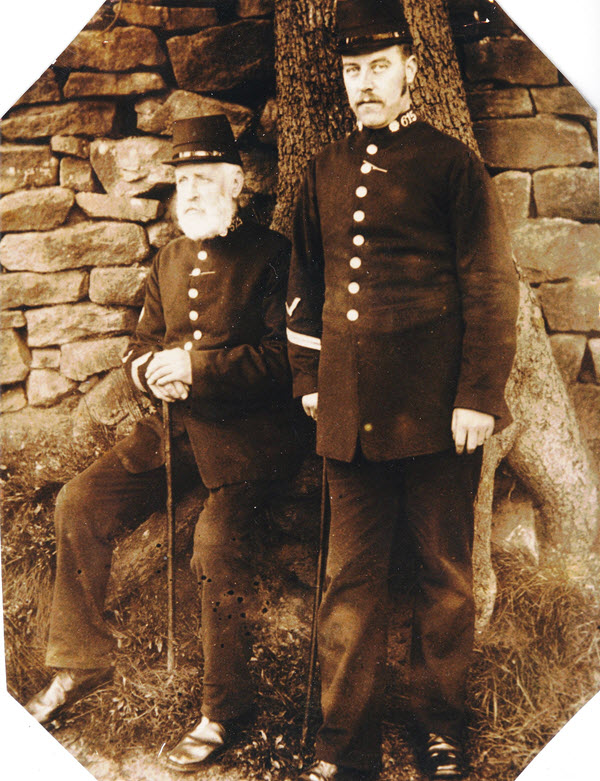 Doreen’s great grandad Acroyd was the village bobby at Heptonstall, near Hebden Bridge, back in the early nineteenth century and is seen here on the right. (And no, Dennis, that’s not me on the left.) The village boasts a cemetery with two churches overlooking it (one in ruins)and a Methodist chapel which is the oldest chapel in continuous use anywhere in the world. John Wesley preached there. Residents in the graveyard include the notorious coiners (a gang of gold coin fraudsters who were hanged at the York Knavesmire) and Sylvia Plath (poet and wife of ex-Poet Laureate Ted Hughes). It’s a fascinating place which I used as a backdrop to a scene in “Limestone Cowboy”.